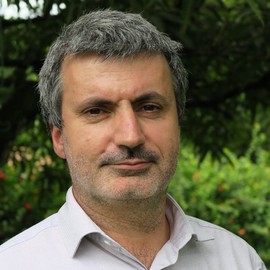 I am a researcher in Tropical Ecology with UMR Amap, a project manager with the research and innovation directorate of AgroParisTech and a coordinator of the BioGET course of the Biodiversity, Ecology and Evolution master’s degree at AgroParisTech and Montpellier University.

Head of the Joint Research Unit Ecology of Guianan Forests

The identity of the dominant root-associated microbial symbionts in a forest determines the ability of trees to access limiting nutrients from atmospheric or soil pools, sequester carbon and withstand the effects of climate change. Characterizing the global distribution of these symbioses and identifying the factors that control this distribution are thus integral to understanding the present and future functioning of forest ecosystems. Here we generate a spatially explicit global map of the symbiotic status of forests, using a database of over 1.1 million forest inventory plots that collectively contain over 28,000 tree species. Our analyses indicate that climate variables—in particular, climatically controlled variation in the rate of decomposition—are the primary drivers of the global distribution of major symbioses. We estimate that ectomycorrhizal trees, which represent only 2% of all plant species, constitute approximately 60% of tree stems on Earth. Ectomycorrhizal symbiosis dominates forests in which seasonally cold and dry climates inhibit decomposition, and is the predominant form of symbiosis at high latitudes and elevation. By contrast, arbuscular mycorrhizal trees dominate in aseasonal, warm tropical forests, and occur with ectomycorrhizal trees in temperate biomes in which seasonally warm-and-wet climates enhance decomposition. Continental transitions between forests dominated by ectomycorrhizal or arbuscular mycorrhizal trees occur relatively abruptly along climate-driven decomposition gradients; these transitions are probably caused by positive feedback effects between plants and microorganisms. Symbiotic nitrogen fixers—which are insensitive to climatic controls on decomposition (compared with mycorrhizal fungi)—are most abundant in arid biomes with alkaline soils and high maximum temperatures. The climatically driven global symbiosis gradient that we document provides a spatially explicit quantitative understanding of microbial symbioses at the global scale, and demonstrates the critical role of microbial mutualisms in shaping the distribution of plant species.

A Typology of Distance-Based Measures of Spatial Concentration

Measuring functional or phylogenetic diversity is the object of an active literature. The main issues to address are relating measures to a clear conceptual framework, allowing unavoidable estimation-bias correction and decomposing diversity along spatial scales. We provide a general mathematical framework to decompose measures of species-neutral, phylogenetic or functional diversity into $\alpha$ and $\beta$ components. We first unify the definitions of phylogenetic and functional entropy and diversity as a generalization of HCDT entropy and Hill numbers when an ultrametric tree is considered. We then derive the decomposition of diversity. We propose a bias correction of the estimates allowing meaningful computation from real, often undersampled communities. Entropy can be transformed into true diversity, that is an effective number of species or communities. Estimators of $\alpha$- and $\beta$-entropy, phylogenetic and functional entropy are provided. Proper definition and estimation of diversity is the first step towards better understanding its underlying ecological and evolutionary mechanisms.

30 Years of postdisturbance recruitment in a Neotropical forest

For a decade, distance-based methods have been widely employed and constantly improved in the field of spatial economics. These methods …
Gabriel Lang, Eric Marcon, Florence Puech
PDF DOI

Recent developments in biodiversity measurement are applied to Paris trees data to explore the biodiversity of trees.
May 24, 2019 11:00 AM — 12:30 PM Paris
PDF Code Slides

memoiR is an R package that provides templates to publish well-formatted documents both in HTML and PDF formats. Documents can be produced locally or hosted on GitHub, where GitHub actions can update the published documents continuously.
Code Project 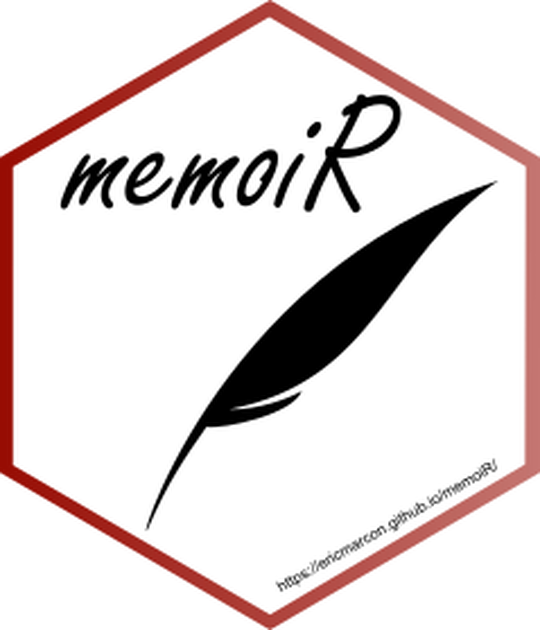 dbmss is an R package for simple computation of spatial statistic functions of distance to characterize the spatial structures of mapped objects, including classical ones (Ripley’s K and others) and more recent ones used by spatial economists (Duranton and Overman’s Kd, Marcon and Puech’s M).
Code Project 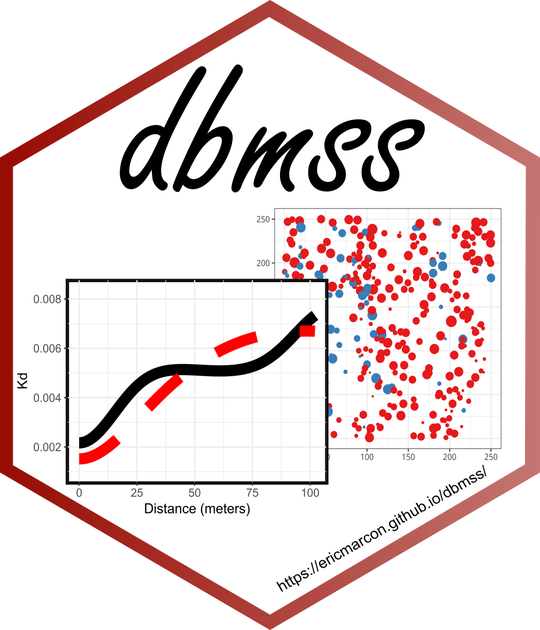 entropart is an R package that provides functions to calculate $\alpha$, $\beta$ and $\gamma$ diversity of communities, including phylogenetic and functional diversity. Estimation-bias corrections are available.
Code Project 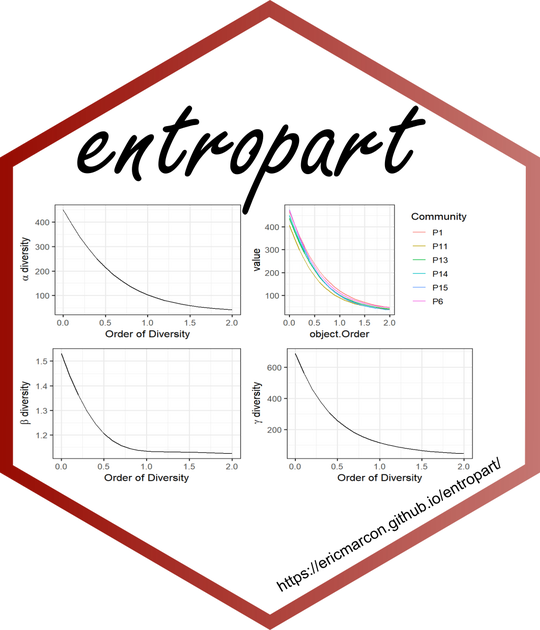